“The debut album from the neo-soul singer-songwriter is driven by warm funk and soul and has the healing familiarity of hanging out on the couch commiserating with a best friend.” – Pitchfork

“D.C. singer Ari Lennox's smoky voice is undeniably special. As a songwriter, she carries a strong, independent attitude.” – The Fader

“In many senses, she’s meticulously crafted a sound that incorporates slices of Motown-era funk and soul with modern R&B sensibilities, employing a sonic direction that is both silky smooth and intelligently-written.” – Hypebeast

“One of R&B's most promising talents” – Forbes

There’s something undeniably profound about great voices. From the beginning, talented singers and their melodic gifts have served as soundtracks to our lives. Dreamville’s Ari Lennox is no different.

Ari received an overwhelming response when she performed her song, during a sold-out show at the Blue Note in New York and in front of 40,000 attendees at the Dreamville Festival in Raleigh, North Carolina. The beautifully shot video, both scenic and intimate, received nods from several major outlets including ESSENCE, Noisey, Pitchfork and Billboard.

Ari embarked on the sold out “Shea Butter Baby” Tour earlier this month in support of her debut album and current single, with early tour reviews trickling in, it is clear that Ari Lennox’s star is readying to reach new heights.

She recently completed the US run of her sold out “Shea Butter Baby” Tour, in support of her debut album and current single, "BMO." Ari is also featured on Dreamville’s recently released Revenge of the Dreamers III album, which debuted at #1 on the Billboard Top 200.

The Organiser/Venue Owner reserves the right without refund or compensation to refuse admission/evict any person(s) whose conduct is disorderly or inappropriate or who poses a threat to security, or to the enjoyment of the Event by others.

Ticket holders assume all risk of injury and all responsibility for property loss, destruction or theft and release the promoters, performers, sponsors, ticket outlets, venues and their employees from any liability thereafter.

The resale of ticket(s) at the same or any price in excess of the initial purchase price is prohibited.

There is no refund, exchange, upgrade or cancellation once ticket(s) are sold.

No Photography or Videography allowed 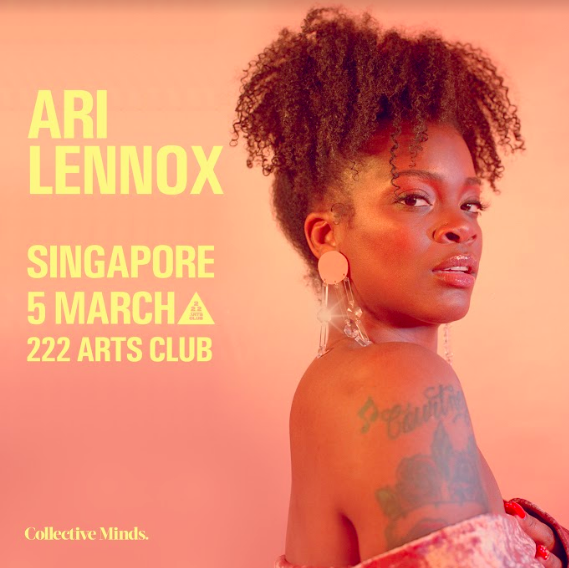