Fresh off her landmark Tiny Desk Concert and having received global critical acclaim since her debut, Raveena is undoubtedly one of the most promising new artists of our generation.

“Will instantly put you in a beautiful trance.” - i-D

“Music is all feeling,” says soul and R&B singer Raveena, about the making of her potent debut full-length, Lucid. Inspired by artists like Sade, Corrine Bailey Rae, Minnie Riperton, and Asha Puthli, Raveena started working on her passionate and gently funky songs after meeting her producer, Everett Orr, about five years ago. “When we found each other, it was the perfect match. He was what I was looking for forever.” Raveena released the gorgeous, romantic EP, Shanti, in 2017, and 2018 saw the release of four ethereal singles. Her debut full-length, Lucid expands upon the world she began building with her initial releases. She sang about healing on Shanti, but Lucid, “really digs into hard experiences,” she says. “It recounts a lot more of my suffering." Raveena’s culture is equally as significant as the rest of the identity she expresses on Lucid. With her music, Raveena aims for a “complete expression of the self.” A highly creative, dynamic, and spiritual artist, with Lucid, Raveena has built a whole world. A conceptual, more realized, experimental album threaded together by a story of healing and expression meant to experience from start to finish. 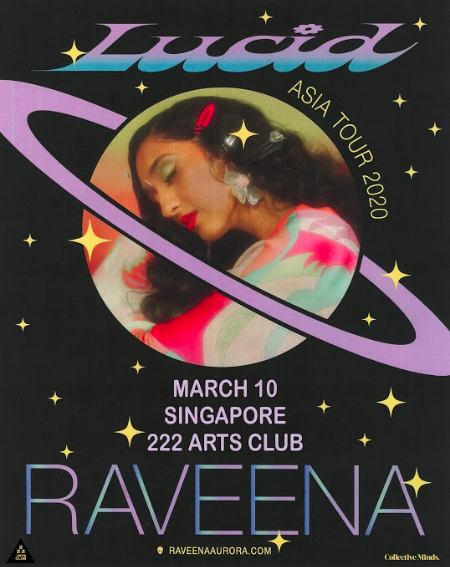