Recognised as one of the pioneers of the new wave of U.K jazz, they have earned collaborations with luminaries such as Jorja Smith and Loyle Carner.

Marrying the best of jazz, afrobeat, and hip hop into one unique sound, Ezra Collective has played and sold out venues all over the world, from the legendary Ronnie Scott's to the world-famous Glastonbury.

Synergy in motion, London five-piece Ezra Collective are proving themselves as a harmonious tour de force. Their sound nods respectfully to a classic jazz footprint, celebrating the originators whilst simultaneously carving a path solely their own. Ezra Collective marry the delicate technicalities of jazz musicianship with afrobeat and hip hop, tied together by a sound that’s unmistakably London.

Their live show is one of dynamic union; the strength of their partnership shines in performances that are commanding yet sensitive, soulful and pertinently groove-laced. Following a joyous and stunningly cohesive show in May 2016, Boiler Room rightly labelled the group as “pioneering the new-wave of U.K. jazz”.

As the genre enjoys a new lease of life that is gaining momentum across the country, Ezra Collective are adding their own fresh and imaginative face to a style that continues to be “as entertaining as it is educational” (Trench). In a year that saw them sell out legendary London Venue Ronnie Scott’s not once but twice, 2017 also bought with it the release of their genre-bending second EP, Juan Pablo: The Philosopher. After Ezra Collective took the EP on a successful tour across the U.K and Europe and completely sold out of the vinyl, Juan Pablo: The Philosopher went on to win the accolade of Best Jazz Album at Gilles Peterson’s esteemed Worldwide Awards in January 2018. The band were also recently winners of the 2018 Jazz FM Awards for “Best UK Jazz Act” and “Live Experience of the Year”, and have their debut album scheduled for Spring 2019.

The Organiser/Venue Owner reserves the right without refund or compensation to refuse admission/evict any person(s) whose conduct is disorderly or inappropriate or who poses a threat to security, or to the enjoyment of the Event by others.

Ticket holders assume all risk of injury and all responsibility for property loss, destruction or theft and release the promoters, performers, sponsors, ticket outlets, venues and their employees from any liability thereafter.

The resale of ticket(s) at the same or any price in excess of the initial purchase price is prohibited.

There is no refund, exchange, upgrade or cancellation once ticket(s) are sold.

No Photography or Videography allowed 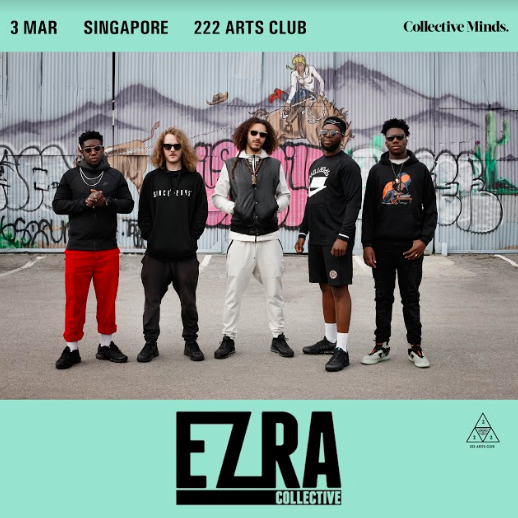